From the Moon to the Stars

with 15 illustrations by Sydney Jordan 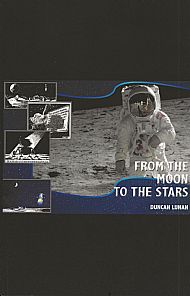 From the Moon to the Stars is the first of two collections of my space-travel stories to be published by Other Side Books. Timed for the 50th anniversary of the Apollo 11 Moon landing, this first book features stories old and new (and two articles) relating in one way or another to the Apollo project. Two of the most recent stories are published here for the first time.

My collaboration with Sydney Jordan goes back to the month of the Apollo 11 landing. I remembered that ten years earlier, in a Jeff Hawke story called ‘Time Out of Mind’, Sydney had predicted that the date of the first Moon landing would be August 4th, 1969. The episode in question (H760) appeared on 21st November 1959, and on July 9th 1969 the Daily Express used the information I’d supplied them to introduce his explanation of how it came about. We’ve continued to work together since, and for this book Sydney has kindly allowed me to select 15 examples of his art for illustrations relevant to the stories and articles in it.

The first section, ‘Interstellar Messengers’, contains my first ever professional sale, and my most successful story to date, both made topical by the interstellar comet? asteroid? spacecraft? ’Oumuamua. which passed through the inner Solar System in 2017. My first professionally published story, ‘The Moon of Thin Reality’, then begins the first four stories of my ‘Interface’ series, which was published in Galaxy and If between 1970 and 1973. Two more published Interface stories and two previously unpublished ones will appear in the next book, The Other Side of the Interface.

In recent years I’ve written three alternative (not to say far-fetched) histories of Project Apollo, the first of them published in Glasgow Science Fiction Writers’ Circle 30th anniversary anthology Thirty Years of Rain, the other two published here for the first time. They’re followed by two articles, the first a collaboration with Sydney, taking a somewhat more factual approach to that history.

From the Moon to the Stars was launched at the Thursday, July 25th 2019 meeting of the Astronomers of the Future Club, upstairs in the RSAS Barassie Works Club, 4 Shore Road, Troon, Ayrshire KA10 6AG.  Some photos from the launch can be seen below.

From the Moon to the Stars is published by Other Side Books at £12.99

From the Moon to the Stars
Ayrshire Post 24th July 2019 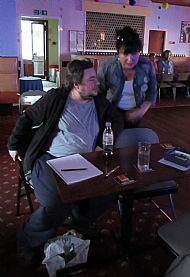 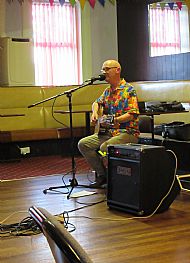 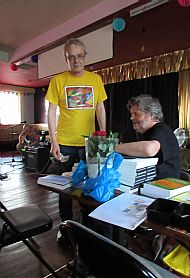 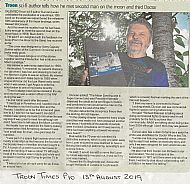