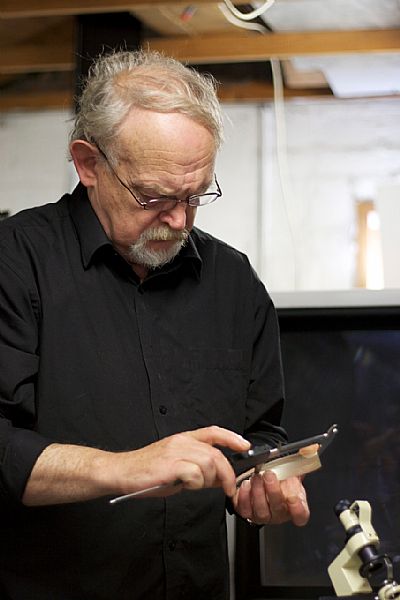 It is with a deep regret that we announce the passing of our best friend and best man at our wedding, and Consultant and Honorary President of Astronomers of the Future Club, John Braithwaite.  It will be a great loss also to the Astronomy and Engineering World. For those who did not know John personally here is a wee piece about him.

I first met John in February 1966, when he came with his former school friends, Ray Thomson and the late David Godwin, to a party I held in Troon.   The three of them went swimming in the small hours of the morning.    Next time I saw him, he said, “I noticed you have quite a few Victorian astronomy books, but not Herschel’s Outlines, so I thought you might like this one.   It’s only a 7th edition, but it’s in mint condition and has your University’s crest on…”   I was to discover that wherever John went, he attracted attention and did things with style.

John grew up in Hamilton, Lanarkshire, and in his youth he was Junior Javelin and High-Jump Champions for Scotland; he took survival and sail training courses at the Moray Sea School, and was a keen climber until injuring his knee in Glencoe.   He took Business Studies at the Pitt Street College in Glasgow during the time it was amalgamated into Strathclyde University, where among many other activities, he was a Students’ Union Board Member, Debates Convener, founder of the Poetry Club, film critic of the Strathclyde Telegraph, and a presenter on the Unit 65 student television service.   He was Captain of the University Challenge team and of the team which won the Observer Mace debating trophy.   In vacations he joined his late father Bill at Charles Frank Limited, where he designed their 6-inch reflecting telescope and edited the second edition of Frank’s Book of the Telescope, by Sir Harold Spencer-Jones, the former astronomer Royal.   He joined Frank’s on graduation, working on the Junior and Saturn telescopes, before adding electronics to his optical skills at Avimo in Taunton, Somerset, heading the design and manufacture of the On-top Optical/electronic Drift Sight for the Mark VIII Chieftain tank.    On return to Scotland he worked briefly as a schoolteacher and as a taxi driver before joining Templeton’s Carpets as an Assistant Manager, playing a major part in the unsuccessful fight to save the company.   Meanwhile he teamed up with Jack Foley, another friend from his school days, to sing traditional folk songs as ‘The Lords of Misrule’.

In 1978-79 when I headed the Glasgow Parks Department Astronomy Project, John joined me as Technical Supervisor, and together we built the first astronomically aligned stone circle in Britain for 3000 years, in Sighthill Park.   On the liquidation of Charles Frank’s John was offered the stock of unfinished 6-inch telescopes and with them started his own company, Crystal Optics, at Law in the Clyde Valley, swiftly moving on to new designs of his own.   After he moved to Dalserf it became Dalserf Optics and finally Braithwaite Telescopes, by then Scotland’s only remaining telescope maker.   In 1982-83 a brief foray into cold-cast reproductions, Dalserf Heritage, was unsuccessful, but after Halley’s Comet in 1985-86 the optical business never looked back.   John was Consultant to Airdrie Public Observatory, 1978-2008, playing a major part in its renovations in 1978 and 1995; he designed and built a major private observatory in southern Ireland, and recently undertook renovations at the Mills Observatory in Dundee.   He has been Honorary President of the Clydesdale Astronomical Society, in Forth, since 2007.

In the mid-1980s John was a Consultant to the team at Strathclyde University, under Dr. Peter Waddell, which solved the classic problem of the flexible, variable-focus telescope mirror.   His involvement in adaptive optics led him on to a wide range of other projects, including breakthroughs in 3-D television and film projection, and solar-powered systems whose applications range from protecting the Earth from incoming asteroids and comets, to village power plants and water purification systems for the developing world.   The impact of his loss on these various projects will be devastating.

In 1971 John married Dr. Kate Peck, of Lewis, who survives him with their daughter Victoria, an aromtherapist, and son Stuart, guitarist in Mogwai.   To all of them we extend our deepest sympathy.