(photo in banner is by Dr Kenny Brophy) 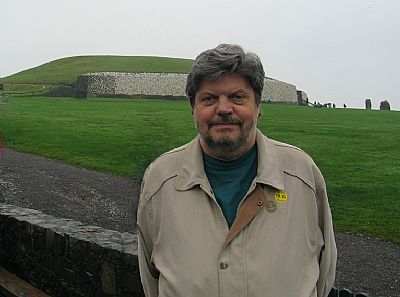 Welcome to my website, being updated in January 2023. It was created by my wife Linda, and but for her ongoing efforts it would not be here. Linda and I married in 2010 and in 2012 we moved back to my home town of Troon, on the Ayrshire coast, where Linda used to come for holidays and weekends.  In December 2019 we moved to Ayr, further down the coast, and back to Troon in November 2020.

I have been a full-time writer since October 1970, as well as a researcher, speaker, broadcaster, editor, critic, tutor, and other aspects of the written, sung and spoken word. I’ve published 10 books, most recently The Elements of Time, a paperback edition of Starfield, From the Moon to the Stars  and now The Other Side of the Interface all published by January 2021. I’ve contributed to another 43 books, and published 42 stories and over 1800 articles.   My main field is astronomy and spaceflight, I also write science fiction, and I have a broad range of other interests, particularly ancient and mediaeval history and folk music.   I grew up in Troon, went to Glasgow University, and I ran folk clubs in Ayrshire for 16 years before moving to Glasgow for 30 years, returning to Troon in 2012.   I was an office-bearer of ASTRA, then Scotland’s national spaceflight society, from 1963 to 2011;  I was a curator of Airdrie Public Observatory off and on for 18½ years between 1980 and 2008;  I was Manager of the Glasgow Parks Astronomy Project, on which I designed and built the first astronomically aligned stone circle in the UK for 3500 years, and of the North Lanarkshire Astronomy Project, which did major work in schools between 2006 and 2009. I was Science Fiction critic of the Glasgow Herald from 1970 to 1985, ran its science fiction and fantasy short story competition from 1986 to 1992, and founded the Glasgow Science Fiction Writers’ Circle, which is still active today. Until its winding-up in 2019 I was Treasurer and Past Chairman of the education charity ACTA SCIO which Linda and I founded in 2011, and past Chairman of the Astronomers of the Future Club, which we founded in Glasgow in 2011 and restarted in Troon in 2014. In 2016-17 Gerry Cassidy and I produced the first four issues of Space and Scotland magazine for ACTA SCIO, funded by another Scottish charity.  If you want to know more about any of that, it’s in my Bio  and Published Work.

Topics are organised here under the titles of the books that they relate to, so if you’re looking for my work on the Search for Extraterrestrial Intelligence, you’ll find it under “Man and the Stars” and “Children from the Sky”;  the Waverider spacecraft and Project Starseed are under “Man and the Planets”;  “Incoming Asteroid!” speaks for itself;  and for the big idea that underlies them all, this link will take you to the latest version of ‘The Politics of Survival’. The story of the Sighthill stone circle to 2012 is told in The Stones and the Stars.  The circle has now been removed for housing development in the former Sighthill Park, but in response to a successful petition with over 6500 signatures, a new site has been created for it and the stones were re-rected in March 2019 - see Stone Circle recreated.    ‘The Sky Above You’ covers my regular astronomy articles, broadcasts and courses available.  The ‘Science Fiction’ heading gives you the background to my SF books and my involvement in the Jeff Hawke Club (www.jeffhawkeclub.co.uk), among other topics;  among all that, I hope you find something of interest. For reasons of age and health, I’m no longer accepting speaking engagements away from my immediate home area around Troon. I still give talks by Zoom or similar media, most recently for the Clydesdale Astronomical Society, the British Interplanetary Society and Kilmarnock Rotary Club. Please contact me through the website to discuss the possibilities.

In 2016, Shoreline of Infinity published a collection of my time-travel stories as The Elements of Time. Other Side Books have now published two collections of my space travel and astronomy related stories, beginning with “From the Moon to the Stars”, published on July 25th 2019 to mark the 50th anniversary of the Apollo 11 Moon landing, and followed by “The Other Side of the Interface”, published in January 2021, which nearly completes the publication or republication of all my short fiction in book form. Other books currently on the horizon include the long-awaited sequel to “Man and the Stars”, a new Solar System book updating “New Worlds for Old” and “Man and the Planets”, “Waverider, a Spacecraft in Waiting”, and book versions of my notes on Jeff Hawke and Lance McLane which have been published over the last 15 years of Jeff Hawke’s Cosmos. Synopses of all of these are available and enquiries from interested publishers will be dealt with promptly and enthusiastically. 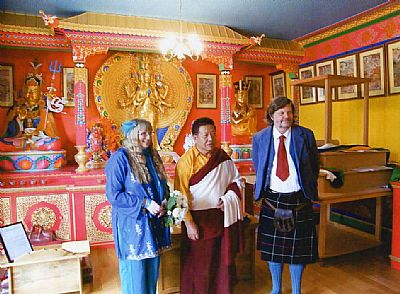